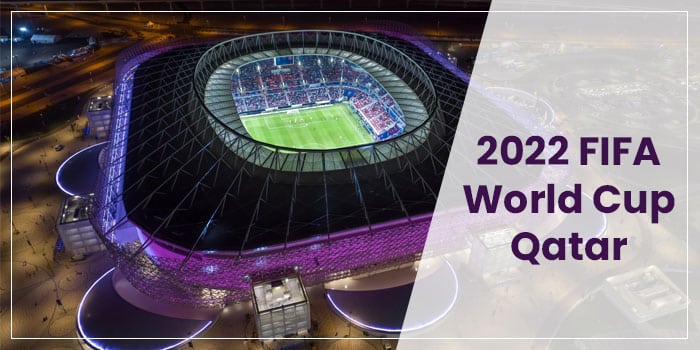 On 21st November 2022, the world’s best national football teams meet will take place in the first-ever Football World Cup in the Middle East and Arab World. The tournament provides a prime opportunity for football fans to watch and enjoy more than one match per day during the group stage at this 2022 FIFA World Cup Qatar. Like Qatar, no other country has ever invited football fans to understand and discover the host country’s culture. FIFA President has cleared that they will enjoy the world cup event altogether with world’s football fans. Fans can enjoy the football world cup entertainment games in eight magnificent stadiums located in Qatar. In his official statement, FIFA President Gianni Infantino mentioned that FIFA World Cup 2022 is the best medium to bring people of different races, cultures, and backgrounds into one place. He also said that the preparations of hosting nation Qatar are being ready to welcome the whole world. Still, he has instructed the Qatar World Cup organizers to improve various areas where needed, particularly in workers’ welfare and human rights.

Qatar will open the FIFA World Cup 2022 with the stunning match against Bahrain at Al Bayt Stadium located in Qatar, which will be inaugurated after a few days. On the same day, the innovative stadium Ras Abu Aboud Stadium will be opening its doors for the first time. However, one of the eight FIFA World Cup 2022 stadiums is Lusail Stadium which will be inaugurated next year. The venue for the Grand Finale of 2022 FIFA World Cup Qatar will be Lusail Stadium. HE Hasan Al-Thawadi, the Secretary-General of the Supreme Committee for Delivery and Legacy, has added that one year remains for the 2022 FIFA World Cup Qatar to set new benchmarks for social, human, environmental, and economic development. This world cup will be proved sustainable, transformative, and innovative for football fans approaching from various parts of the world to the Middle East and Arab World for the first time to sense life-changing experiences. It is a unique and special moment for Qatar as the host nation.

After continuous and consistent hard work and efforts in the last 11 years, Qatar is set to deliver one of the World Cup in their region, leaving a heartfelt heritage for Qatar, the Arab region, and the entire world. For the 22nd Editions 2022 FIFA World Cup Qatar, 210 teams are playing against each other in their qualifier matches, but only 32 will qualify for it, and only one will lift the trophy. Till date, only thirteen teams are confirmed for Qatar 2022 that are

The remaining qualifying teams will be confirmed after European play-offs and intercontinental tournaments. The FIFA Arab Cup Qatar 2021 will be held as an operational test before the FIFA World Cup 2022 between 30th November to 18th December 2021. The fans have the opportunity to enjoy the group stages four matches per day this year in Qatar. Application for those who wish to volunteer for 2022 FIFA World Cup Qatar will be opened soon in early next year at the official website of FIFA. Out of thirty-two teams, thirteen are qualified for the FIFA World Cup 2022 group stages matches. Almost 82,500 hospitality packages have already been sold to more than 60 nations worldwide; the top five among other nations to buy hospitality packages are India, Qatar, Mexico, the USA, and Argentina. The top five hospitality guests sponsors are Mexico, Brazil, Argentina, Qatar, and England. The hospitality packages sales of 2022 FIFA World Cup Qatar have reached five hundred percent compared to Russia 2018 World Cup.

So, everyone is eagerly awaiting to say hello to FIFA World Cup 2022 Qatar next year. Organizers have set camps and hotels for the World cup participating teams and football fans approaching from all over the world to Qatar. For more information about 2022 FIFA World Cup Qatar, visit the official website of FIFA, i.e., www.fifa.com.

How do I fix the roadrunner email not working properly issue?