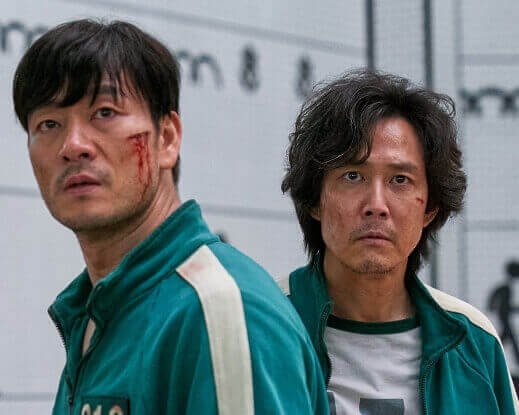 Netflix has postponed the demand of South Korean internet service providers as SK Broadband Inc. is asking to pay for using its network. This issue was raised after the debut of Squid Game was affected due to a network traffic surge. According to them, it can be a tough decision for entertainment firms to get profit in their country without paying any charge. The streaming OTT giant has moved to South Korean court to appeal that Netflix is not responsible for making such payments. In an interview, Netflix’s Public Policy Vice President announced an unrecognized financial impact due to network usage fees. SK Broadband has asked Netflix to pay $23 million for utilizing its network. This fees estimation is only for the year 2020. Dollar 23 million contributed almost 6% of the total Netflix revenue earned in the country last year. Netflix’s legal fight in South Korea comprises 15% of its industrial customers in Asia and the same proportion of revenues in India, displaying its troubles in the most desirable market. Netflix has paid out more than $1 billion in playing shows from 2016 until South Korea. The high prices can damage its return on investment after the expansion and set up of Walt Disney Co. and Amazon.com investment in the nation.

Settlement of Dispute Between SK Broadband and Netflix

Network usage fees would create a discriminatory and anti-competitive environment where internet service providers claim unfair charges from companies. It could potentially limit the ability of Korean customers to find what they are willing to watch if internet costs are restricted because they can’t afford it. It’s a worrying situation because other internet providers can follow suit in different nations. It’s no doubt they follow the situation happening in South Korea because it meets their interest. Suppose Netflix is expecting the growth of network usage fees exponentially, it means the growth of traffic would rise in the same proportion paying additional prices and benefitting Netflix. This statement is given by SK Broadband against an appeal requested by Netflix in the South Korean court. They also said that it would be unprincipled if Korean content providers pay internet charges while Netflix avoids them as their traffic and profit are coming from the same nation. The SK Broadband spokesperson has advised Netflix that the internet is also chargeable to government organizations, public institutions, and national universities as they are paying per month.

Finally, the Korean court has rejected the appeal of Netflix to confirm its responsibility to include such unwanted expenses. Netflix is looking to re-appeal it. SK broadband has counteracted in South Korean court asking for last three months bandwidth payment used by Netflix through which twenty-four times network traffic generated between May 2018 to September 2021. This change came after the release of Squid Game on Netflix and became an amazing international awareness. SK Broadband and some other local network operators have restricted the free internet usage by Netflix that can absorb 95% of data traffic. This system was recognized as Open Connect. Netflix saves prominent shows on its servers then shifts them to the local data network. These programs are passed to nearby customers sidestepping remote data transmission. Open Connect can’t ignore that Netflix utilizes internet providers’ services to approach users without paying traffic costs. At last, the Korean Court has announced its decision that Netflix and network providers must share some technology and marketing prices to run the system.